Metastretto is the most efficient bicycle in the world

This is the most efficient bicycle in the world, not only based on calculations and simulations. I rode it to the 1-hour World Record, proving that the bike has the needed characteristics to be accelerated fast and pushed for one hour at high power output. The shape allows an extended laminar airflow, the rolling resistance is low, the drivetrain is very efficient, the rider-position ergonomic, the ventilation works and the bike is stable, managing crosswinds and speeds above 100km/h (real flat course). In perfect shape I should push the bike with the actual configuration to 94-95km for one hour.

Nevertheless we are still discussing several details who could improve the efficiency of our last creation. In perfect shape I should push the bike to 94-95km for one hour. What happend on the Record-Weekend in the End of June 2016? Read my report and why I did not yet reach 95km! First Runs at Dekra, assisted by Stefan and Martin Polishing Metastretto – but it rains strong… ONE – Pilot and machine, perfectly united 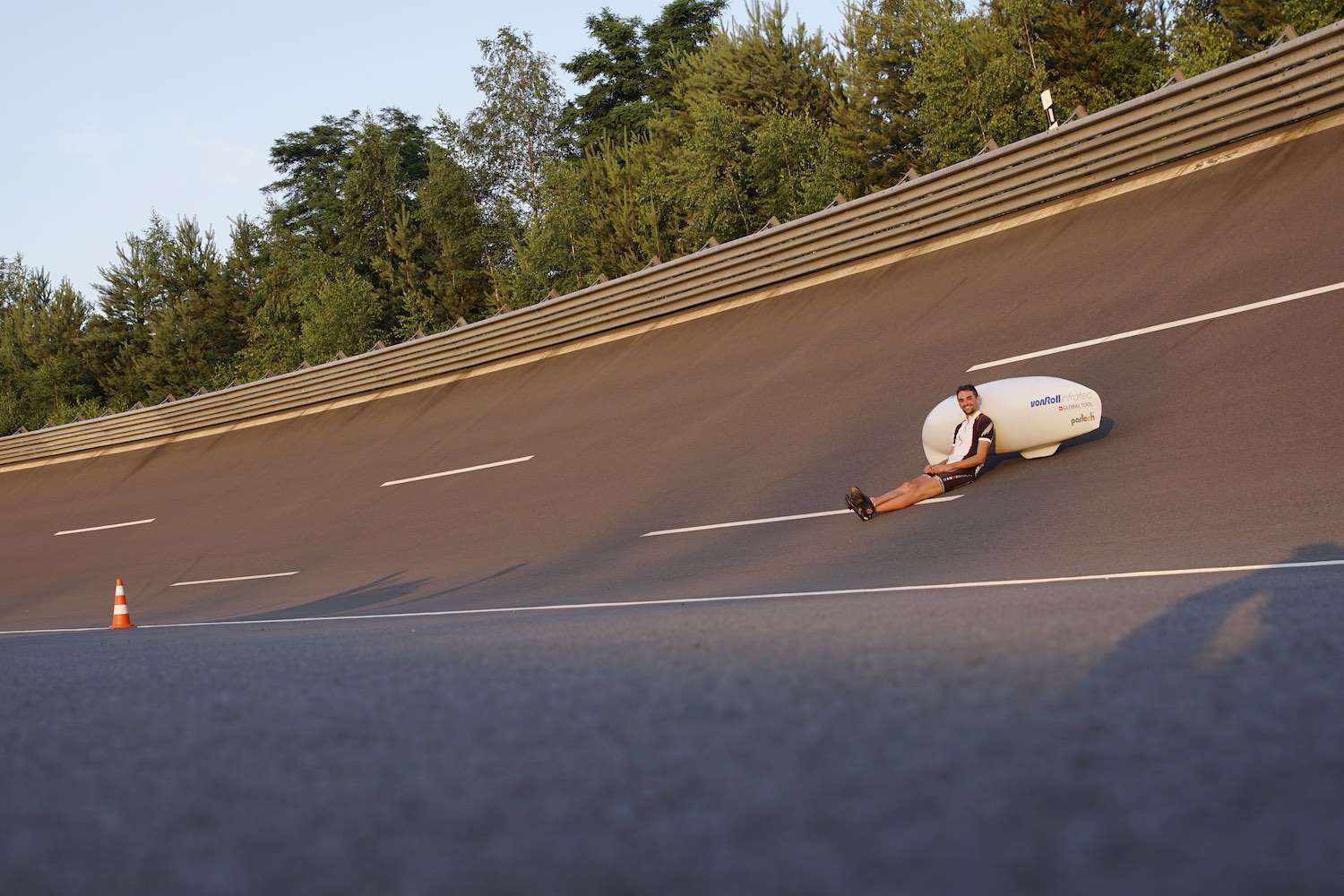 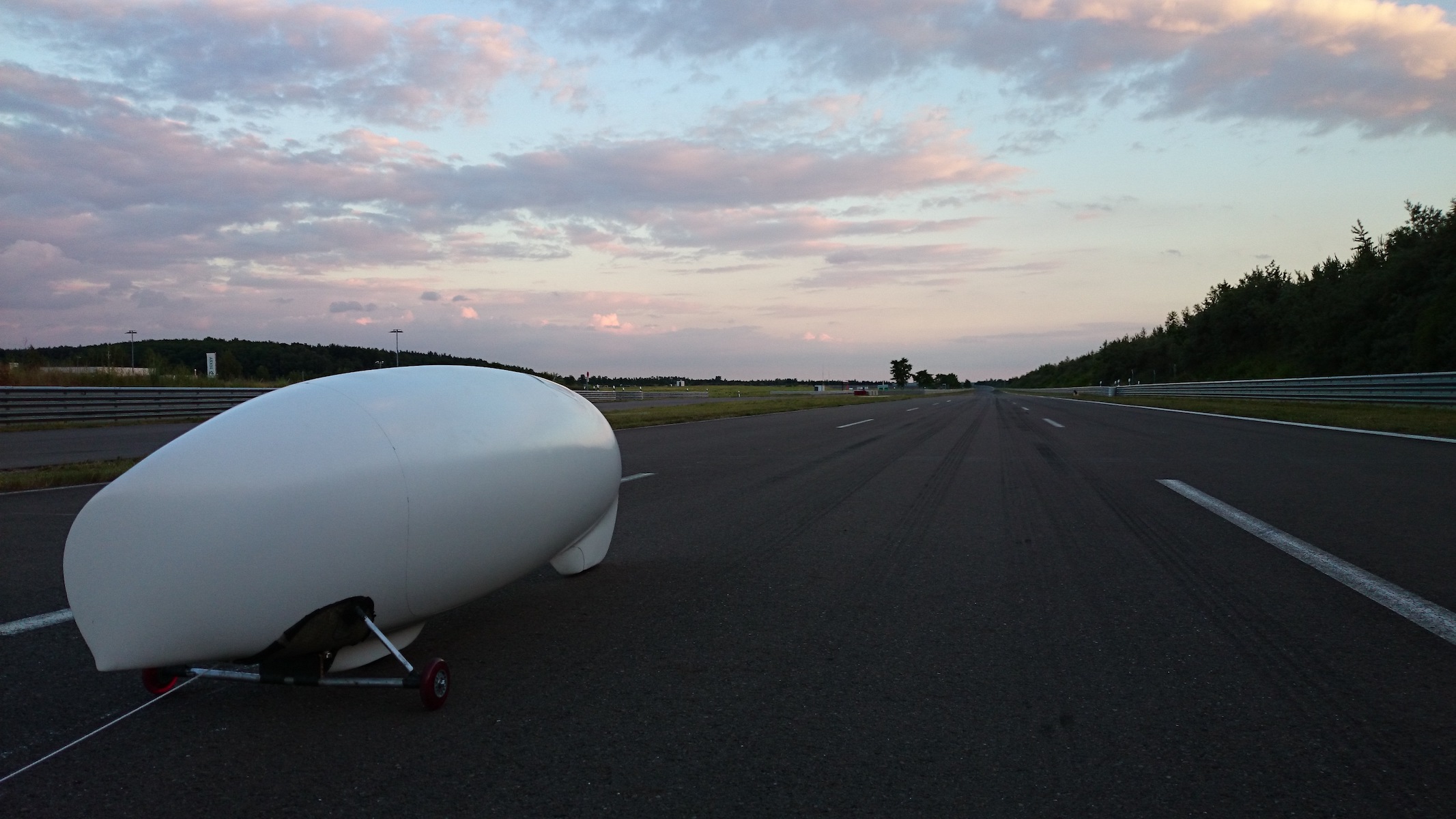 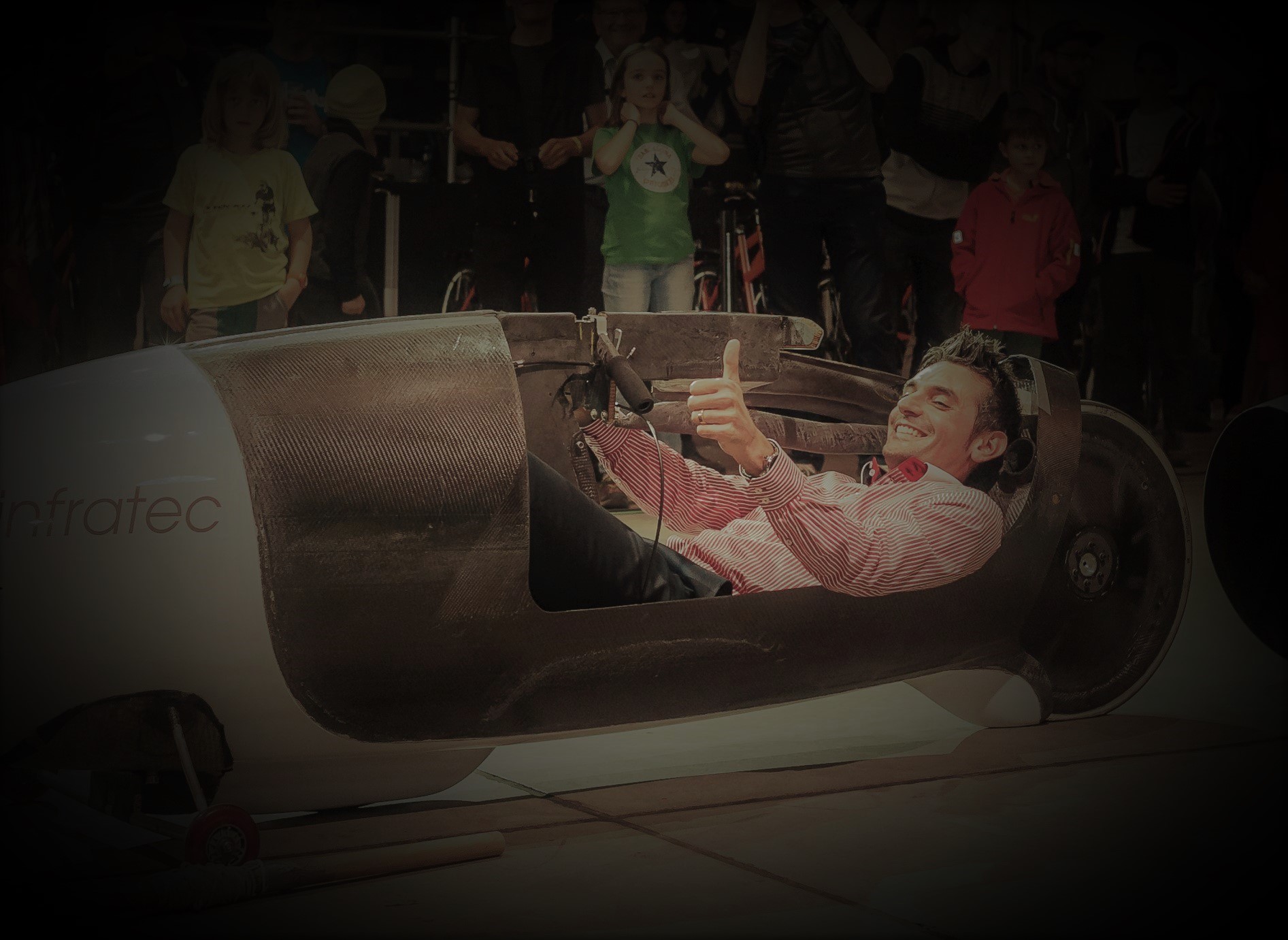